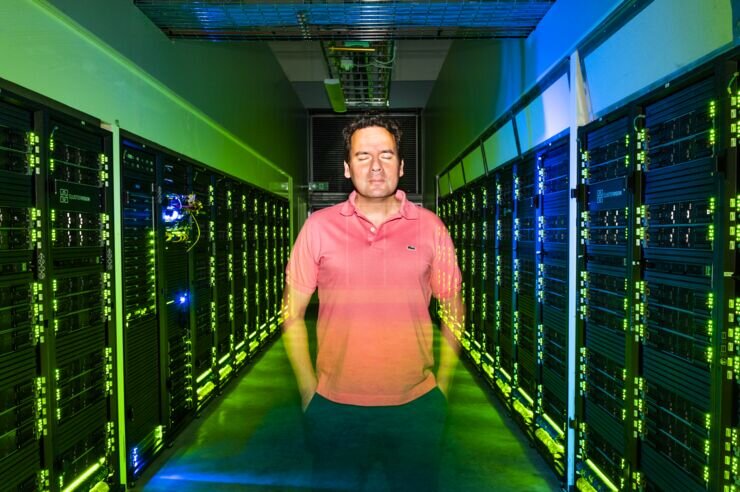 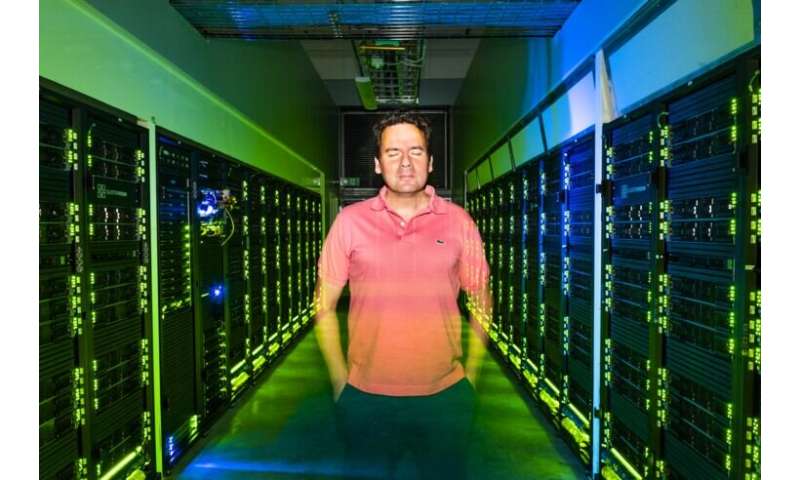 Bo Durbeej and his group use advanced computer simulations of chemical reactions, which are performed at the National Supercomputer Centre, NSC, in Linköping.

Researchers at Linköping University, Sweden, have developed a molecule that absorbs energy from sunlight and stores it in chemical bonds. A possible long-term use of the molecule is to capture solar energy efficiently and store it for later consumption. The current results have been published in the Journal of the American Chemical Society (JACS).

The Earth receives many times more energy from the sun than we humans can use. This energy is absorbed by solar energy facilities, but one of the challenges of solar energy is to store it efficiently, such that the energy is available when the sun is not shining. This led scientists at Linköping University to investigate the possibility of capturing and storing solar energy in a new molecule.

“Our molecule can take on two different forms: a parent form that can absorb energy from sunlight, and an alternative form in which the structure of the parent form has been changed and become much more energy-rich, while remaining stable. This makes it possible to store the energy in sunlight in the molecule efficiently,” says Bo Durbeej, professor of computational physics in the Department of Physics, Chemistry and Biology at Linköping University, and leader of the study.

The molecule belongs to a group known as “molecular photoswitches.” These are always available in two different forms, isomers, that differ in their chemical structures. The two forms have different properties, and in the case of the molecule developed by LiU researchers, this difference is in the energy content. The chemical structures of all photoswitches are influenced by light energy. This means that the structure, and thus the properties, of a photoswitch can be changed by illuminating it. One possible area of application for photoswitches is molecular electronics, in which the two forms of the molecule have different electrical conductivities. Another area is photopharmacology, in which one form of the molecule is pharmacologically active and can bind to a specific target protein in the body, while the other form is inactive.

It’s common in research that experiments are done first and theoretical work subsequently confirms the experimental results, but in this case the procedure was reversed. Bo Durbeej and his group work in theoretical chemistry, and conduct calculations and simulations of chemical reactions. This involves advanced computer simulations, which are performed on supercomputers at the National Supercomputer Centre, NSC, in Linköping. The calculations showed that the molecule the researchers had developed would undergo the chemical reaction they required, and that it would take place extremely fast, within 200 femtoseconds. Their colleagues at the Research Centre for Natural Sciences in Hungary were then able to build the molecule, and perform experiments that confirmed the theoretical prediction.

In order to store large amounts of solar energy in the molecule, the researchers have attempted to make the energy difference between the two isomers as large as possible. The parent form of their molecule is extremely stable, a property that within organic chemistry is denoted by saying that the molecule is “aromatic.” The basic molecule consists of three rings, each of which is aromatic. When it absorbs light, however, the aromaticity is lost, such that the molecule becomes much more energy-rich. The LiU researchers show in their study, published in the Journal of the American Chemical Society, that the concept of switching between aromatic and non-aromatic states of a molecule has a major potential in the field of molecular photoswitches.

“Most chemical reactions start in a condition where a molecule has high energy and subsequently passes to one with a low energy. Here, we do the opposite—a molecule that has low energy becomes one with high energy. We would expect this to be difficult, but we have shown that it is possible for such a reaction to take place both rapidly and efficiently,” says Bo Durbeej.

The researchers will now examine how the stored energy can be released from the energy-rich form of the molecule in the best way.

Stay Up To Date

Subscribe to our newsletter and stay informed about the Latest Advances in Alternative Energy Technology.

Wind Energy: The Pros and Cons