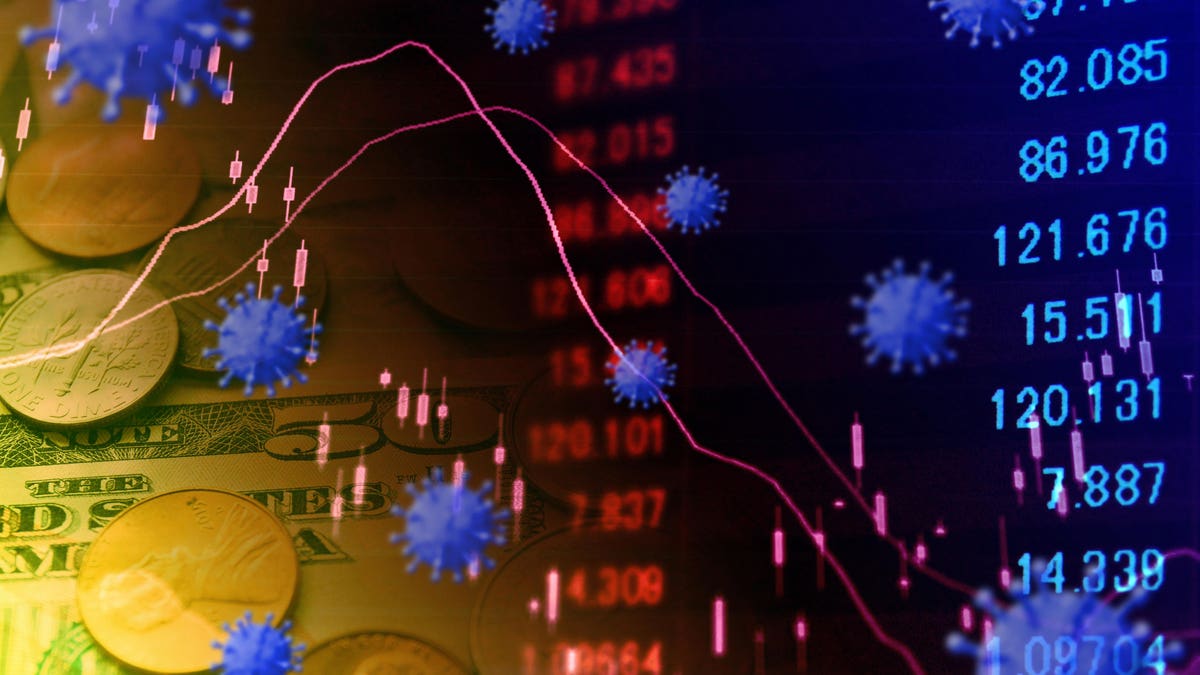 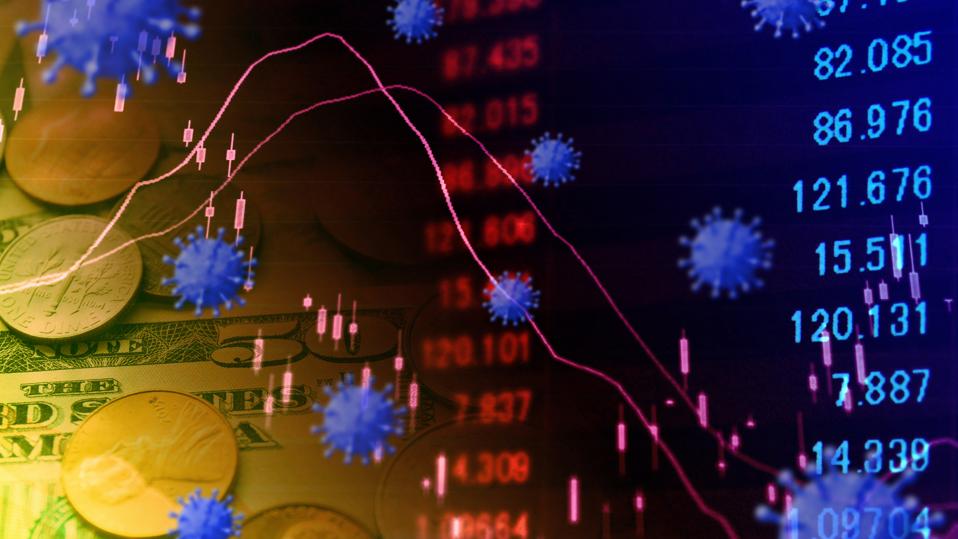 The one-two punch of coronavirus and an oil price war devastated markets this week, underscoring the … [+] weaknesses of a global economy that is tied closely to the volatile behaviour of fossil fuel markets.

Reliance on fossil fuels has left countries more exposed to the economic shock of global crises like coronavirus, and governments should look to renewable energy to help reduce such risks, a leading financial economist has said.

Dr Charles Donovan, Executive Director of the Centre for Climate Finance and Investment at London’s Imperial College Business School, made the comments to Forbes.com at the end of a week that saw the confirmation of the COVID-19 coronavirus as a pandemic, along with an announcement by Saudi Arabia that it would increase oil supply at a time of declining demand. The one-two punch of events sent the Dow Jones Industrial Average tumbling by as much as 10%—the largest drop since 1987, causing central banks to issue further dire predictions of recession.

“I think we’re entering a whole new phase of volatility,” Donovan said. “These are the unfortunate repercussions of a global market that’s exposed to the volatility of the oil markets, and suffers when unforeseeable events like coronavirus arise at the worst time.” 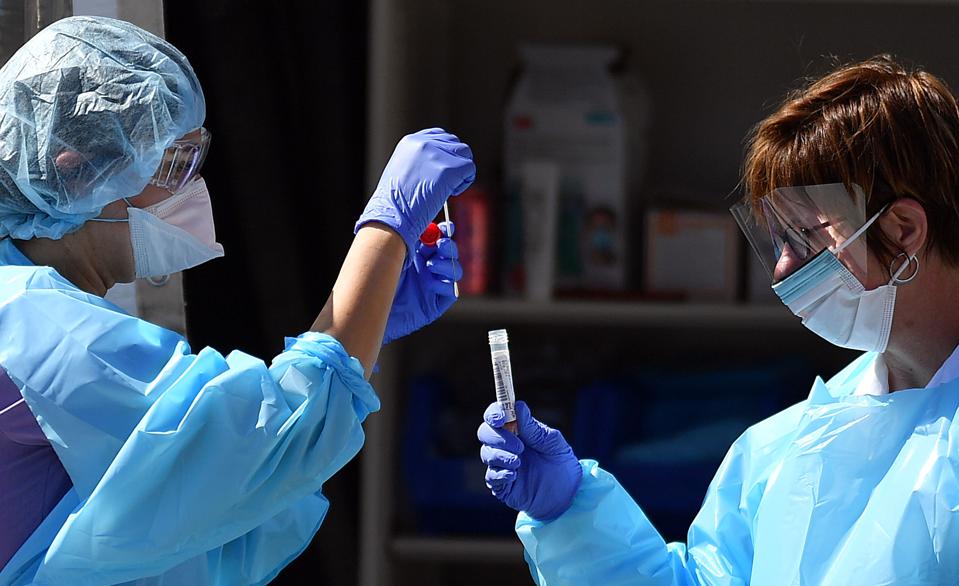 Medical workers at a drive-thru testing facility in San Francisco test a patient for the novel … [+] coronavirus, COVID-19, on March 12, 2020. Economists warn that the outbreak is likely to cause a global recession.

Donovan suggested that such volatility was built into the global economy owing to over-reliance on fossil fuels.

“We are now seeing the downsides of the choices we’ve made about the kind of energy economy that we have,” he said.

Guarding against the risks of further crises, from climate change to pandemics, would require not just short-term cash injections, but “joined-up thinking” by decision makers who should prioritize developing economies that are not coupled to oil and gas.

While campaigners and climate scientists promote renewable energy on environmental grounds, Donovan stressed that sustainable energy sources such as wind, solar and tidal power ought to be more attractive to investors and policymakers than fossil fuels on a purely economic basis.

“We’ve been like the frog in a pan of water that’s slowing warming up: the fire has just been turned up several notches, and the only thing we can do now is jump out of the pan.”

“There has to be recognition that the increased volatility in the oil markets will stand in stark contrast to what may become the great virtue of renewable energy, which has nothing to do with its greenness, but more about the stability of cash flows from underlying assets,” Donovan said. “The relative stability of renewable energy that’s fully contracted, that already has power purchase agreements … should make it immune from deterioration.”

This analysis rests in part on inherent characteristics of renewable energy: fuelled by wind, water or sunlight and captured by sustainable infrastructure, renewables are viewed as being more resistant to monopolization by cartels and outright manipulation.

Yet current monetary policy is behind the curve, weighed down by an inherent, historical bias toward fossil fuels. This is a reality that is being increasingly recognized in Europe: in September, the former head of the International Monetary Fund Christine Lagarde recommended that the European Central Bank (ECB) should phase out fossil fuel investments and opt for green bonds—though Lagarde noted the renewable energy market was not yet large enough to take up the ECB’s €2.6 trillion ($2.9 trillion) portfolio. Meanwhile, green bond issuance grew by 50% last year, reaching a record $255 billion, according to the Climate Bonds Initiative. 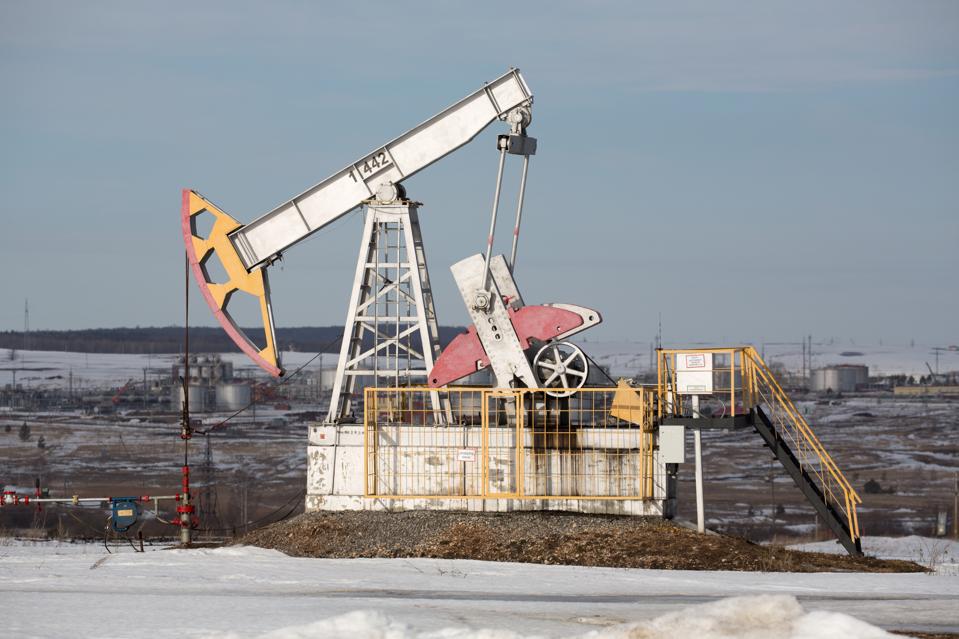 A Russian oil pumping jack at an oilfield in Tatarstan, Russia, on Wednesday. Saudi Aramco will … [+] boost its oil output capacity, raising the stakes in a price and supply war with Russia and U.S. shale producers.

Yet central banks will likely be called on to rescue ailing economies throughout the spring and summer, with the sort of large cash injections and bailouts seen this week, when the U.S. Federal Reserve pumped $1.5 trillion into the markets in a failed attempt to calm investors.

“We’re coming to a very important point now where policymakers can ensure that this round of easing is not hugely biased towards keeping oil producers on a lifeline,” Donovan said. Bailouts could, instead, be structured around a strategy of decarbonization and preparing countries for low-carbon transitions.

“To my mind those interventions need to be targeted towards structural investments and things like job retraining for people in industries that can no longer keep going,” Donovan said.

Whilst over the short term, the process of developing low-carbon infrastructure is unlikely to stand in the way of a pandemic or a wildfire, over time such economies could prove more durable than those built on the back of finite, volatile hydrocarbons—and better able to withstand crises.

“It’s not that by having more wind turbines and solar panels we could avoid coronavirus,” Donovan said. “But we [the major economies] have been like the frog in a pan of water that’s slowing warming up: the fire has just been turned up several notches, and the only thing we can do now is jump out of the pan. This is about building an energy infrastructure that creates resilience.”

The 3 Best Renewable Energy Stocks to Buy for 2020