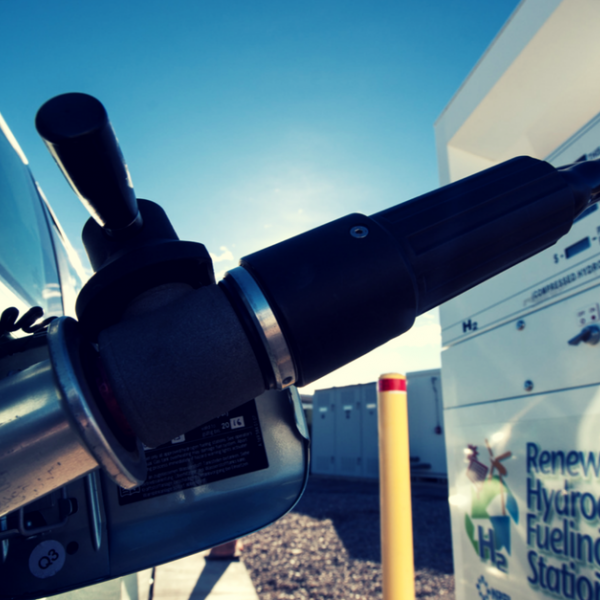 Get all the numbers behind fuel cell electric vehicles.

If you haven’t heard about hydrogen and fuel cells before, then listen up. These technologies are bursting on to the scene and have the potential to solve some of the biggest problems in energy ranging from commercial buildings to transportation.

And, while most people are more familiar with solar, wind and battery power, keep your eye on these up-and-coming technologies that could add to our nation’s diverse energy mix.

Here are five things to know about hydrogen and fuel cells.

1. Hydrogen is the most abundant element on earth.

Hydrogen is an alternative fuel that has very high energy content by weight. It’s locked up in enormous quantities in water, hydrocarbons, and other organic matter. Hydrogen can be produced from diverse, domestic resources including fossil fuels, biomass, and water electrolysis with wind, solar, or grid electricity. The environmental impact and energy efficiency of hydrogen depends on how it is produced.

2. Fuel cells can be used to power several applications.

Hydrogen and fuel cells can be used in a broad range of applications. These range from powering buildings, cars, trucks, to portable electronic devices and backup power systems. Because fuel cells can be grid-independent, they’re also an attractive option for critical load functions such as data centers, telecommunications towers, hospitals, emergency response systems, and even military applications for national defense.

3. Fuel cells are a clean way to produce power.

Fuel cells are similar to batteries in that they produce electricity without combustion or emissions. Unlike batteries, fuel cells do not run down or need to recharge—as long as there’s a constant source of fuel and oxygen. Compared to conventional gasoline vehicles, fuel cell vehicles can even reduce carbon dioxide by up to half if the hydrogen is produced by natural gas and by 90%, if the hydrogen is produced by renewable energy, such as wind and solar. There are also no pollutants emitted from the tailpipe—just water!

Similar to today’s gasoline vehicles, fuel cell electric cars can have a driving range of more than 300 miles on one tank of hydrogen fuel. They can refuel in just a few minutes and the fueling experience is almost identical to a gas station. Since the “engine” (i.e., fuel cell) has no moving parts, you’ll never need to change the oil. But because a fuel cell is more than twice as efficient as an internal combustion engine, a fuel cell car travels farther on that tank of hydrogen than a traditional car would on gasoline. This means you only need about half the amount of hydrogen, with double the fuel economy.

Watch how easy it is to fill up a fuel cell electric vehicle.

5. There are more than 30 commercial hydrogen stations in California today.

More than 30 public retail hydrogen fueling stations are online in California, with plans to install 100. There are also several stations ready to open up in the Northeast. With careful planning, the focus has been to add hydrogen mostly at existing gasoline stations. These efforts are giving early fuel cell car adopters’ confidence that they can drive normally and have access to hydrogen wherever they go within these regions. Efforts are also underway in Hawaii, with other markets expected to develop as consumer demand increases.

Learn more about our work with hydrogen and fuel cells.